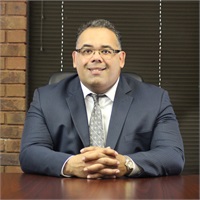 Peter Trinidad attended Purdue University and graduated with a business finance degree though he later served his local community as a Chicago Police Officer for 10 years. During his service he realized that many domestic issues were results of financial instability and pressure in homes. His desire was to resolve and serve the community in a more constructive fashion rather than arriving to a home once the damage had escalated.

He coached couples to reposition their finances, serve their family in a more stable and secure foundation. He developed a wealth building strategies for his fellow police and families in neighboring communities. His approach to building wealth accumulation helped his younger market but he also became an expert in the retiree market as well. Clearly, his talent in Finance needed to be his focus and he felt a tremendous sense of satisfaction and reward in helping people. As he shifted into his new Advisor career, he read a multitude of books, traveled the world for international finance conferences, including "......................................."and sought mentorship from seasoned professionals in every element of Finance. Peter tenaciously studied with the goal of becoming an expert in taxation, retirement, income planning, leveraging growth, portfolio diversification, risk management, strategic investments. He has earned his Registered Financial Consultant designation, life and health licenses, Series 65 Investment Advisor Representative registration, and is actively working towards his CFP at Northwestern.

Peter has developed a wonderful practice of clients whom he serves with passion and finds great rewards in helping them reach their retirement goals.